Previous version published in Academy of Management Proceedings (2017) under the title of “Can Specialization Foster Creativity? Mathematics and the Collapse of the Soviet Union”

Here is a good summary of the paper in HBR: When Generalists Are Better Than Specialists, and Vice Versa 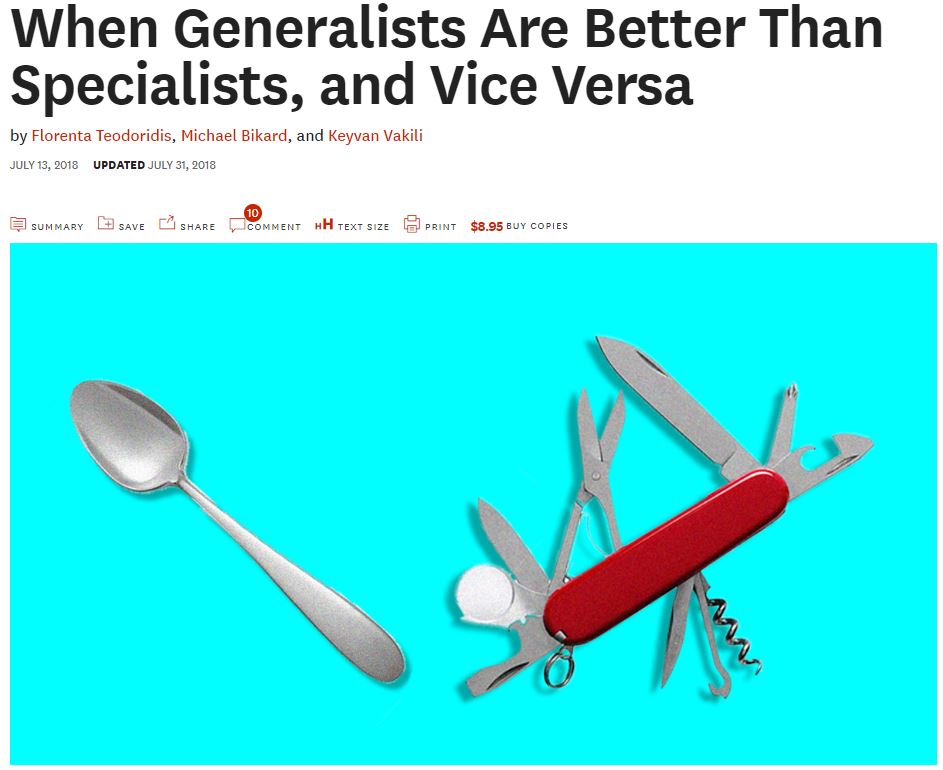